lol I finally paid for amecon accomodation. £140 for three nights yay. I think I also got ensuite accomodation. Yay! Now I don't have to worry about that anymore.

lol I want to use my food processor for something...

Yaaay my hello kitty bento stuff was shipped. Soon, I'll be able to make kawaii nihon no hiru gohans. Yeah. Desu. I can even take my potato salad to uni!!

in during teal deer

Also. I wish the girl who lives next door to me would stfu and stop knocking on my door in the middle of the night just because I'm making noise. (because I was loling to myself about nazis and porn. I bet she gets one of the stupid warden people to come and talk to me or something. People need to get over this nazi thing) Baww. Seriously, the amount of times I've been kept up by her and the rest of them coming back at three or so in the morning... I never fucking complain when she's making noise and it's disturbing me. She's recently started complaining about my bathroom fan too. What, it wasn't disturbing you at the beginning of the year when I also had it on all the time? Some of my flatmates are starting to get really fucking annoying. Even the few who would actually speak to me don't anymore. Well at least in a few months I won't have to see them again and I'll be living with nice people next year.

Do I go out with my Japanese classmates tonight or am I too lazy? lol idk.

I can't believe how excited I am about a program about communism and eastern europe. :D OH GOD HETALIA WHY DO YOU DO THIS TO ME. PRUESSEN-SAMAAAAA. ToT IVANNNN.

So this is what my mother's sending me back to manchester with.

I do love her sometimes.

Ahahahaha I love when people try to act superior and still manage to fail. Like there was this one dumb American politician who was all 'Chinese people should have American names so we can ~understand~ them'. Then people kept bringing up Polish names etc which do look a million times harder to pronounce than Chinese names. And they kept listing stuff like 'Polish, Czech, Slavic...' But aren't the Poles and the Czechs Slavic too? I'm probably being nitpicky but it just sounds like they were trying to sound smart. Another one, someone whose ancestors had been persecuted by the 'English and Europeans'. I know we're meant to hate the idea of being European but still... Also bitches need to learn to differentiate between England, Great Britain and the UK. That just really fucking annoys me for some reason. (even more so since Hetalia. The Japanese word for England is the same as the word for the UK, so no one knows exactly who イギリス is supposed to be other than a unicorn riding tea drinking France hating child colony collecting ex-pirate/aristocrat who has MASSIVE eyebrows and can't cook)

My little sister's really starting to annoy me. She won't leave the cat alone and insists on carrying him around everywhere. She takes him into her room and closes the door all the time just so no one else can see him, which we aren't supposed to do because oh hey he might want to use his litter tray/eat. She treats him like a toy which I'm sure he doesn't appreciate one bit. Sometimes I just can't wait until saturday when I go back to Manchester. (which I'm actually dreading because I've done fuck all work all easter D:)

I really like having loads of poupee friends, because it makes getting ribbons so much easier. It's kind of annoying though when random Japanese people add you and then message you saying 'my English isn't good so please, Japanese only ^_^'. Well, my Japanese isn't very good but I'm at least trying by putting stuff in my profile etc. All the chinese and korean people are quite good about it so why does Japan have to be a special snowflake?

And why can't I find a decent pattern for a hobble skirt? I've found patterns for about every other type of skirt that exists, why does the one that I actually need elude me? D: It's getting to the point now that I'm going to say screw it and do the version with the big poofy skirt, but that's more expensive since I'd need stuff underneath to make it poofy and oh god Victorian clothes are stupid. D: Curse you madame red for having such an awesome outfit. If anyone knows where I could find such a pattern, or could tell me how to do it without a pattern, I would love you forever and promise you my first born. (as long as you promise to call it Sugarflowermoonkrystelleprincesshitlersnowflakewaffle the third)

My mother's bought a few new beds for herself and my sister, that could arrive any time after 7am tomorrow morning. Lame. I do not do waking up early. And I just know they'll come early and wake me up. D: Cunts. Stupid mother, buy beds when I'm not here.

I wish Yam would get a better password. It's way too easy for me to get into all her accounts. Which could get quite bad if she pisses me off, since I'm feeling the urge to do something super troll-y.

On a lighter note. I fucking love these Hetalia cursors. Everytime I type something I have cute little Russia with his tap thingy pop up. And then when it's normal there's Prussia with a little chick on his head. And when the page is loading Lithuania looks so cute and worried about stuff. And then when the computer stops working England... I'll stfu now. :D They're so awesome!

Also I really want to have a party or something where they play music I like and stuff but I doubt anyone else would want to dance like a faggot to Hyadain, animu trance remixes and English beyblade songs.

Ahahahaha I love poupee girl! I'm now prepared for any stupid incorrect random use of katakana and smaller hiragana. At first I thought the girl was saying 'don't speak to me in English wwww' but she was actually saying 'I don't know much English so please give me some leeway wwwww'.

lol I only just woke up. I was soooo tired yesterday. D: 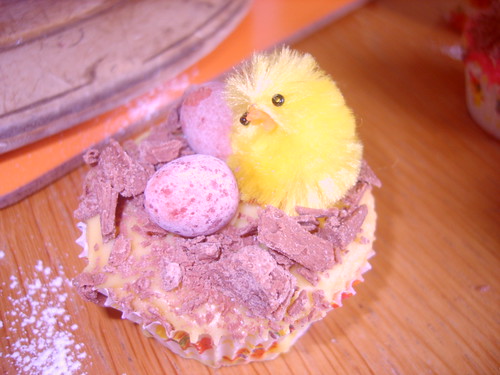 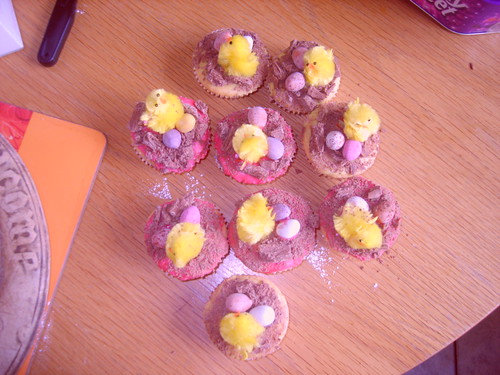